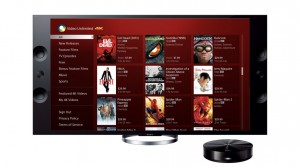 Streaming video will be “the spark that lights 4K uptake and use,” according to a new report by research firm The Diffusion Group (TDG).

TDG’s 4K video ecosystem forecast for 2014 to 2025 claims that a majority of US broadband households are now at or above access speeds that would enable a single 4K stream to be enjoyed on a living room TV.

It also points to a continued improvement in video streaming technologies, which optimise bandwidth and allow larger files to be transported more quickly and efficiently.

This includes the HEVC (H.265) codec, which TDG says improves efficiencies by between 25% and 50% compared to AVC, and MPEG-DASH, which promises to modify video resolution dynamically.

“Only a few years ago the idea of streaming 4K video over the Internet seemed impossible. Much has changed in a very short period of time,” said TDG senior advisor and report author, Joel Espelien.

“This combination of improved residential broadband throughputs and next-generation codecs will open up a large swath of broadband homes that would otherwise be ‘on the bubble’ with respect to 4K streaming.”

Separately, a new report by Northern Sky Research has predicted the a forthcoming “4K mobile video explosion,” with 4K in a mobile environment tipped “the shape of things to come.”

This follows details of Chinese electronics manufacturer Lenovo’s Vibe Z2 Pro smartphone, which is due for September release that will include 4K video recording capabilities.

“Lenovo’s latest is not the first to join the ranks of an elite category of smartphones with this capability. Sony’s Xperia Z2, Samsung Galaxy SS, Galaxy Note 3 and LG G3 are all capable of recording 4K videos,” said North Sky Research.