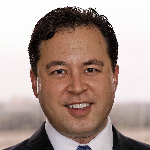 Google’s forthcoming Android TV platform could have a major disruptive impact on the growing streaming media player business, with Roku likely to be vulnerable to an Android assault on the market, according to research by IHS Technology.

According to IHS, the global base of streaming media players will reach 50 million units by the end of this year, with the US accounting for almost half of the global total with 24 million units, up from 16 million last year and 10 million in 2012.

IHS expects the number of dedicated streaming media players installed in the US to reach 44 million by 2017, joining an estimated combined total of 169 million Blu-ray Disc players, game consoles and smart TVs, taking the US 2017 total for all connected TV devices to 213 million units.

IHS estimates that Apple and Roku together currently account for 94% of the streaming media player base. However, it expects the availability of Android TV to provide a strong competitor to Roku in particular, with the Apple platform insulated to some extent by a preference for this device on the part of iPhone and iPad owners.

Android TV’s strengths include access to content from Google Play and third-party apps, Google-delivered content search and discovery with voice recognition, integration with other Android devices and built-in Chromecast support enabling media ‘casting’ and mirroring of multiple devices, according to IHS.

“Although standalone media player products utilizing Android TV do not have the brand recognition, established brand equity, or level of retail distribution that products from companies like Apple, Amazon, and Roku possess, over time these standalone players are expected to create competitive pricing and positioning concerns by delivering previously absent levels of polish, capability, ecosystem integration, and content access to consumers at lower price points,” said Paul Erickson, senior analyst for the connected home at IHS.