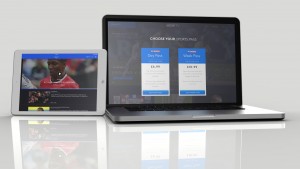 The Sky Sports Week Pass, which gives access to all seven Sky Sports channels, will be available from this Thursday until the end of November. The offering includes access to Sky’s new European football channel, Sky Sports 5, which will launch tomorrow.

The new Now TV Sky Sports Week Pass will be available alongside the Sky Sports Day Pass, which will now be reduced in price from £9.99 to £6.99 for the same limited period.

“With the start of the football season just days away, this is a great time to be giving sports fans even more choice. We know our sports fans are hungry for more flexibility in how they watch sports and the new Sky Sports Week Pass offers just that. Now fans simply have to decide if they want to snack on a day pass or feast on a week’s sport for just £10.99,” said Gidon Katz, Director of Now TV.

Sky’s move follows its launch last week of a new Sky Sports On Demand service, dedicating a section of its on-demand offering to every Premier League football club.

Viewers will be able to choose from 20 different club sections in the on-demand menu provided via the Sky+ HD box.

The on-demand service will feature matches from the Premiur League as shown live, interviews and documentaries and clips and features from Sky’s Soccer AM and Fantasy Football Club shows.

“For the first time, Sky Sports viewers can download and enjoy some of the best content dedicated to their team, whenever they want. With massive growth in on demand TV viewing, we’re delighted to introduce this brand new service for Barclays Premier League fans. Fans of all 20 clubs will soon be able to watch the latest news and views on their club at any time, thanks to Sky Sports,” said Gary Hughes, head of football, Sky Sports.

Fixed line service provider TalkTalk has meanwhile launched its own rival Sky Sports deal. The telco is offering its Sky Sports boost package, combining six sky Sports channels, for £15  a month for three months. TalkTalk is also offering a ‘Sky Sports Open Day’ on August 16, providing Sky Sports channels to all its customers for one day at no extra cost to encourage them to sign up.

“Our half price, flexible monthly Boosts are the perfect choice for cash-conscious sports fans. If you’re not a super fan, you can dip in for the games you want to watch, giving viewers flexibility and control. This is a great example of TalkTalk TV at its best – it’s TV you’ll be glued to not stuck with,” said Tristia Harrison of TalkTalk.