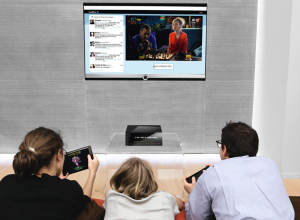 French cable operator Numericable’s advanced LaBox Fibre service had attracted 380,000 customers by the end of June, representing 36% of its multiple play base.

Numericable saw a six per cent lift in multi-play subscribers in the year to June, taking its total to 1.062 million, Overall,

Overall, Numericable has now passed 5.609 million homes with its fibre network, with 8.573 million homes being passed by its triple-play cable network.

“Thanks to the LaBox Fibre by Numericable and access to numerous innovative services associated with rich content, Numericable Group is accelerating its growth and seeing sales in the French fixed-line market increase despite growing competition,” said CEO Eric Denoyer.

“The agreement with SFR, which should be completed by the end of the year, subject to the approval of the competition authority, will allow Numericable Group to begin a new stage in its development.”