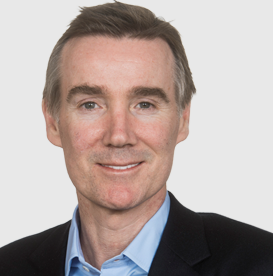 ITV chief executive Adam Crozier has said that the company and the wider industry will push for BSkyB to pay US-style retransmission fees to carry the UK commercial channel later this summer, with plans to unveil a study of how retransmission fees could work in the UK in September, but analysts have expressed scepticism about the amount of money that such as move would bring in.

Speaking to analysts after last week’s results presentation, Crozier said that he wanted to secure retransmission fees from Sky and cable operator Virgin Media “in the medium term” and said the industry would push for this heavily from September.

“You can expect to see a major push from us on that from September onwards, not just from ITV, but from an industry point of view,” Crozier told analysts. “There are real benefits to retransmission fees to the UK economy, the TV and production industries and indeed to the UK citizen.”

Crozier said that broadcasters had already pushed for change, but that he expected it to take some time to achieve progress. He said that such a change could also benefit the BBC, but declined to comment on how the public broadcaster would approach the matter. He suggested that retransmission fees could provide an additional income source to the licence fee or a substitution for part of it but noted that this is “clearly a matter for the government and the BBC to sort out”.

Crozier said that US fees had not resulted in higher fees for the consumer because there is healthy competition between platforms.

He said that such fees in the US are worth US$3.3 billion (€2.5 billion) a year, amounting to 15% of overall broadcast revenues, with an expectation that this could rise to 25% in five years time.

However, analysts expressed scepticism that UK broadcasters would be able to raise large sums from retransmission.

“Management continues to be bullish on the medium-term opportunity for retransmission fees, although it
noted that prices would likely need to be set by the regulator. We think Ofcom would focus heavily on ensuring that the UK consumer does not end up paying more, so pricing is unlikely to be anything close to what is paid in the US,” said Sarah Simon and Robert Berg at Berenberg research.