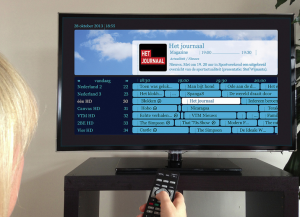 In its consumer business unit, Belgacom said that growing TV and fixed internet revenue compensated for an erosion in fixed voice revenue.

Over the first half of the year, TV revenue totalled €140 million, 7.5% higher than that of the previous year.

“I’m proud to announce a solid set of results for the second quarter 2014.  Thanks to our efforts to increase the overall customer experience and our successful commercial activities, we managed to keep a strong commercial momentum, in spite of an intense competitive environment,” said Belgacom CEO, Dominique Leroy.

“Our growing customer base for TV, internet and especially mobile, combined with our disciplined pricing strategy, resulted in sound topline trends for both the consumer and enterprise segments.”

In the second quarter, Belgacom generated revenues of €1.57 billion, down 0.9% compared to the same period last year. Group EBITDA was up 14% year-on-year to €491 million.