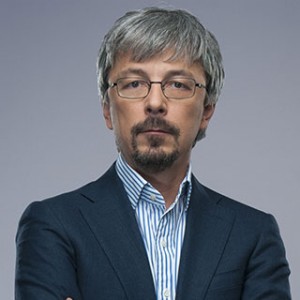 Ukrainian free-to-air broadcaster 1+1 is testing Ukraine Today, a new international news channel ahead of launching it on free-to-air satellite at the end of next month.

At launch the channel will be programmed in English, but 1+1 said there are plans to add a Russian-language version “in the course of time”.

1+1 has led calls for channels in the country to focus on Ukrainian content over its Russian equivalent amid ongoing tensions between the two states. It has also issued new guidelines on the broadcasting of Russian content on its family of channels.

The news channel is being seen as way to counter the output of Russia’s state-backed international news channel Russia Today.

“For us, as one of the leading Ukrainian media companies, it is important to provide the international community with access to the real facts and events in Ukraine, Russia and the CIS,” said Oleksandr Tkachenko, the CEO of 1+1 media. “Unfortunately, in recent years we have witnessed a large-scale information war conducted by Russian state media. We believe that we can respond to it, especially by providing objective information based on the principles of the civilised world: with all-round points of view, without lies and distortions.”

The news channel will be staffed with Ukrainian and international staff and broadcast from the media group’s new newsroom.

1+1 already runs the 1+1 International channel, which has content from its TSN service (Television News Service). However, Ukraine Today will mark its first step into the international news channel arena.

TSN chief editor, Tetiana Pushvona, will be general producer of the new channel. She told DTVE sister title TBI that there are no plans to try and launch the new channel on international pay TV platforms and it will remain a free-to-air only service.