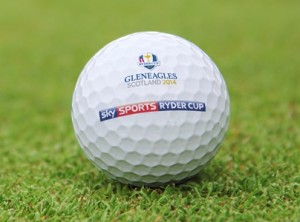 UK pay TV operator Sky is due to offer a dedicated channel for the Ryder Cup golf tournament this autumn.

For the first time, Sky Sports 4 will become Sky Sports Ryder Cup and will show more than 330 hours of golf over 14 days, including 36 hours of live coverage from the tournament.

“We’re dedicating a whole channel to the biggest event in golf, providing viewers with the complete Ryder Cup experience all in one place. There will be nowhere better for sports fans to enjoy the passion, drama and excitement of this incredible event,” said Barney Francis, managing director of Sky Sports.

Sky Sports Ryder Cup goes live on Thursday September 18 and continues until Thursday October 2. The tournament itself runs from Friday September 26 until Sunday September 28 and will be held at the Gleneagles Hotel, Perthshire, Scotland.