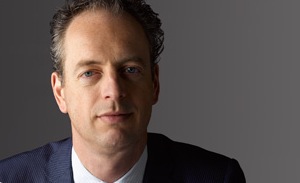 Ziggo’s chief technology officer Paul Hendriks is due to step down on September 1, after six years at the firm.

Announcing the departure in its second quarter earnings announcement, the Dutch cable operator said that it will appoint Kamran Ziaee as chief information officer on an interim basis, and moving forward will have a different management board composition.

Ziggo CEO René Obermann said that Zaiee has a “proven track record” and brings with him 16 years of experience in the cable and telecoms industry. He has previously worked as CTO at Sunrise in Switzerland for a year and as vice-president and CIO at Liberty Global-owned Unitymedia in Germany for nine years.

“From the introduction of Ziggo, Paul Hendriks has played an important role in strategy and execution of technological choices since 2008. His valuable contribution has made Ziggo the innovative company it is today,” said Ziggo board chairman Andrew Sukawaty, thanking Hendriks for his contribution to the firm.

In its Q2 results, Ziggo reported “solid revenue growth,” despite a 2.8% year-on-year decrease in digital pay TV revenues, which Ziggo attributed to a 34,000 decline in subscribers. However, Ziggo said that the TV losses were partly offset by an ARPU increase and an uptake in VOD.

Ziggo said that Liberty Global’s planned takeover of the firm is expected to happen in Q4 and until then it will continue to run the company completely independently.