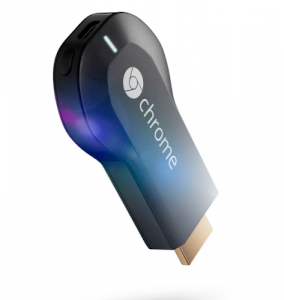 Google’s Chromecast has been highly successful

Google has launched its Chromecast streaming device in Ireland, increasing the availability of the HDMI dongle to a total of 19 markets.

Google first launched Chromecast in the US in July 2013. It then rolled it out internationally by making it available to 11 countries outside its home market – including the UK, France, Germany, and Spain – in March 2014.

“Chromecast is the easiest way to bring your favourite online movies, shows, music and more to the TV screen. It should be easy for people to watch the content they want wherever they are, and we’re excited to bring the simplicity of Chromecast to international markets,” said Mario Queiroz, director of product management at Google.

Chromecast retails at €35 in Ireland and is available from the Google Play Store.