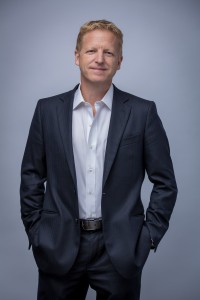 Coles has for the past two years overseen operations and finances for the UK pubcaster’s £1 billion-plus business. He now takes on a similar post at Discovery Networks International’s western Europe business, which comprises the UK, Germany, Italy, Spain and the Netherlands.

Coles will replace Yitz Shmulewitz, who is moving to a new role as executive VP and COO of Eurosport following completion of Discovery’s move to take a majority stake in the sports channel.

Coles’s roles at the BBC include COO of BBC Journalism, COO and CFO of BBC Sport and COO of the BBC’s 2012 Olympic Games operation. He also helmed the BBC’s sports rights acquisitions for a decade. Prior to that, he worked for the Deloitte accountacy firm among other roles.

He is joining a Discovery business in western Europe that comprises 24 channel brands across 22 territories. The company operates in both pay and free TV, and continues to expand its channel base in numerous countries.

“Dominic is a terrific business leader with strong expertise in the broadcast sector,” said Forbes. “The sports experience he obtained managing the BBC’s London 2012’s Olympic activities will also be invaluable to us as we align Eurosport’s assets with our own.

“The Western Europe business is on a big growth trajectory and we have major ambitions over the coming months and years. Dominic has a strong background in managing complex networks and business operations and I really look forward to welcoming him to Discovery and working closely with him to fulfil our plans.”

“After 17 memorable years, I will be leaving the BBC to join Discovery in October,” said Coles. “I have been lucky to have worked with some truly inspirational leaders during my time at the BBC and to have helped lead talented teams.

“However, the opportunity to join Discovery at such an exciting time in their history was simply too good to ignore and I’m looking forward to working with Dee Forbes and the Discovery Western Europe team to help continue their remarkable growth of recent years.”