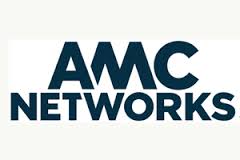 AMC is rebranding Chellomedia to AMC Networks International, after completing its buyout of the global channels operator and content company in February.

AMC, which agreed last year to pay Liberty Global US$1 billion (€750 million) to buy Chellomedia, said that the new AMC Networks International division will also include AMC/Sundance Channel Global, which operates in Europe, Latin America, the Mid-East and Asia.

Bruce Tuchman, who was previously president of AMC/Sundance Channel Global and MGM Channel Global will continue in this role but also take charge of AMC Networks International for Asia-Pacific.

“Re-naming Chellomedia is a natural next step as we continue to integrate this portfolio of channels and transition AMC Networks into a global media company,” said AMC Networks COO Ed Carroll.