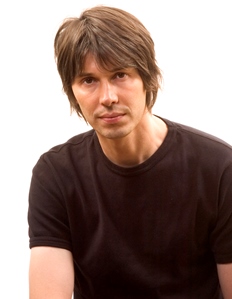 Broadcaster and physicist Professor Brian Cox is due to give a keynote address at the IBC Conference in Amsterdam this September.

Cox, who is known for factual series like the BBC’s Wonders of the Universe, will take part in a keynote session called ‘Television’s Expanding Universe’ on Sunday September 16.

The particle physicist and one-time keyboard player in 1990s pop band D:Ream will discuss “the physics of television and its future evolution.”

Cox said: “Television programmes like Carl Sagan’s Cosmos and James Burke’s Connections had a great influence on me when I was younger, and it’s my view that television is still the most powerful and direct way of inspiring new generations of viewers.

“Integrating television with social media and the internet enhances that potential.  But of course power comes with responsibility, and whilst we celebrate our continuing success, we must also take our responsibility to educate, inform and influence seriously.”

The IBC conference runs from September 11 to 15, while the exhibition is held between September 12 and 16 at the Rai exhibition and convention centre, Amsterdam.