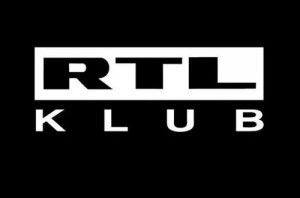 RTL said this morning that a new tax on advertising in Hungary will severely impact its business, making its previously profitable operation in the country loss-making.

The pan-European broadcaster said that it expects to pay €15 million extra in tax under the new regime. RTL’s Hungarian operation generated an EBITA profit of €15 million last year, which, assuming a similar performance in 2014 would be wiped out by the new tax payment.

RTL operates the RTL Klub channel in Hungary, which launched in 1997 and leads the ratings in the 18-to-49 demographic. The company employs 350 people in the country, mostly in its Budapest headquarters.

The Hungarian parliament approved the Advertisement Tax Act in June and further amendments in July. It will come into effect in August and the first tax payments will be due in the same month.

RTL said that, based on its preliminary assessment, it expects to record an impairment charge relating to the new tax payments in its 2014 interim results.

In a joint statement by Anke Schäferkordt and Guillaume de Posch, Co-CEOs of RTL Group said: “Operationally, RTL Group continues to perform strongly in 2014. However, our first assessment shows the severe impact of the new advertising tax in Hungary: it will force RTL Hungary in a structurally loss-making position and will also reduce RTL Group’s net profit in 2014.”

The RTL bosses also cited their investment in local content and called upon Hungarian authorities to rethink the new tax, which they claim unfairly targets the Luxembourg-based company.

“We are determined to pursue all options to protect our asset against this confiscatory tax,” they said. “Our announcement today sends an alarming signal for all international investors in Hungary. We thus call on the Hungarian government, again, to revise this counter-productive tax policy seemingly specifically aiming at RTL, as it undermines its operations and raises major concerns about the freedom of journalism in Hungary.”