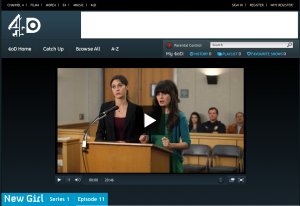 The broadcaster is now offering streaming over 3G and 4G networks for the first time on iOS and Android devices.

Channel 4 is also rolling out exclusive mobile-focused short content to reflect what it says is “growing viewer demand for snackable videos.”

With the ‘4oD shorts hub’ Channel 4 will curate a selection of new and exclusive shorts, including: magazine shows on subjects like films, games, news and current affairs; popular science and futurology series; comedy and satire formats; lifestyle and food shows; and education formats for teens.

The first original shorts will be available on 4oD in July, with Channel 4’s deputy chief creative officer, Ralph Lee, to oversee the short-form commissioning strategy and head of online, Richard Davidson-Houston, leading the editorial and commissioning team.

“Short form content is an incredibly exciting development both for viewers and for producers. We’ve already had a great response to shorts from some of the UK’s most innovative new indies. Our doors and minds are wide open to ideas from forward-thinking producers who want to join in with this exciting new development,” said Davidson-Houston.