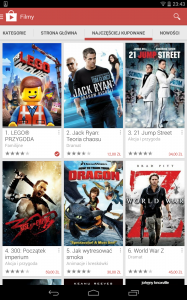 Though Google did not formally announce the full list of rollouts, a number of its local country blogs – including Poland and the Czech Republic – noted the launch of Google Play Movies in their markets.