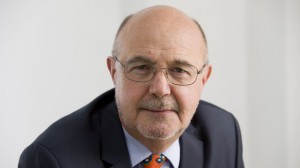 Richard Ayre has bee re-appointed to serve a further four years on the BBC Trust.

Ayre’s new term will run from August 1 2014 to July 31 2018. Currently chair of the complaints and appeals board, he will also become chair of the editorial standards board when Alison Hastings’ term ends in October.

“To remain the nation’s leading broadcaster, the BBC must maintain its reputation for truth, accuracy, impartiality, and fairness. But it also has to make lively, courageous, and challenging programmes,” said Ayre.

“The Trust will protect the BBC’s independence to do so, but we will also hold it publicly to account when audiences are let down, and we will do both without fear or favour.”

Separately, acting BBC Trust chairman Diane Coyle has lodged an application to replace former chairman Chris Patten full time in the role just ahead of the deadline for candidates to announce themselves.

According to the Guardian, Coyle, who took the helm at the Trust after Patten stepped down to undergo heart surgery in May, has decided to apply for the job. Coyle is a former member of the Competition Commission and Independent economics editor, runs consultancy Enlightenment Economics.