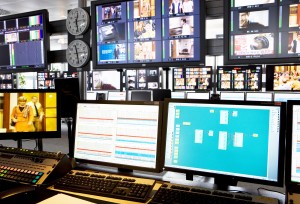 Media consumption in Germany has reached a massive 11 hours and 12 minutes per day, with 75% of people ‘second screening’ while watching TV, according to ProSiebenSat.1.

The research, which was carried out by ProSiebenSat.1’s marketing subsidiary SevenOne Media, claimed that media usage – which includes TV, radio, newspapers, magazines, and web browsing – has grown from just one hour and 15 minutes per day back in 1954.

“There are several reasons for this. The first one is the digitisation of media content. The second is that we have new, innovative forms of transmission. The third for us is that we have a wide availability of screen devices in the household – it’s not only the good old TV, but we also have laptops, smartphones and tablets in the majority of German households,” said Neumueller

“[There are] growing media consumption times because we have the ability to consume media anywhere, anytime. But there’s also another very interesting aspect – it changes the way we are consuming. One thing is, of course, the parallel usage of media, which means people who are watching TV at the same time are surfing the internet.”

According to the research, 75% of those surveyed used a second screen while watching TV – 40% did so regularly, 23% sometimes and 12% rarely.

Among the ‘TV triggers’ listed were search and purchase. Some 62% of people said they had searched for a product after they had seen it on TV, with 81% then purchasing, while 72% said they searched for TV-related content.