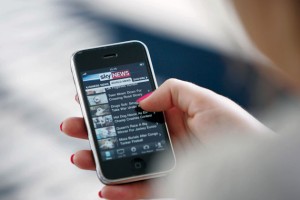 Leading international news channels have each placed their individual spin on the results of the latest IPSOS European Media and Marketing Survey (EMS), a key annual fixture in the battle to attract advertisers to the channels.

Sky News said the results showed it was the most-watched news channel each day by up-market Europeans and that it had achieved the highest weekly reach of all the news and business channels across the international channels measured. The BSkyB-owned channel said it reaches 5.8% of the EMS audience, comprising the “top 13%” of affluent European in 21 countries, with CNN its closest competitor at 3.5%, followed by Euronews at 3.4% and BBC World News at 2.7%.

CNN, for its part, claimed that the EMS confirmed its status as Europe’s biggest international news brand with number one spot for cross-platform monthly reach. The broadcaster said the survey showed it reached 40% of upscale Europeans every month, ahead of Sky News with 31%, BBC World with 29%, Euronews with 28%, CNBC with 14% and Bloomberg with 12%.

CNN said it reached 54% of “C-suite” executives and 55% of business decision makers every month, ahead of its rivals including niche business channels Bloomberg and CNBC.

CNN also said the survey showed it reached more exclusive viewers – defined as those who used CNN and didn’t use a directly compared news channel in the last month – than its rivals with 20% exclusive viewers against BBC World’s 9% and 22% exclusive against Sky News’ 14%.

The BBC’s commercial arm meanwhile pointed out that the number of affluent European watching BBC World News and using BBC.com has increased year-on-year by 5%, in contrast with other channels that saw numbers decline.

The BBC also said its news offering across all platforms had increased its monthly reach by 2%, and cited separate research by ComScore that showed BBC.com attracting 16.9 million unique users a month across continental Europe, making it the largest international news site on the continent.