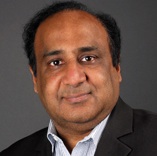 RDK Management, the company set up by Comcast, Time Warner Cable and Liberty Global to administer the RDK software specifications for advanced TV services for cable, has announced the availability of new components to meet the needs of DVB-based cable operators, initially focusing on support for European subtitling and teletext requirements.

Shiva Patibanda, chief technology officer of Seachange, a major contributor to the RDK, speaking at the Connected TV Summit in London this morning, said that the platform had originally been developed for the US cable industry and therefore new components were required for some European operators. “Teletext and subtitling are important for DVB but not for ATSC which uses closed captioning,” he said. These components have been developed on a modular basis and  have been contributed to the DVB, he said.

Patibanda said that the RDK also needed to develop DVB Service Information (SI) modules to enable operators to deliver services via object carousels – used to provide interactive services within DVB broadcast channels – as part of their DVB video platforms. This is important for operators that are looking to deploy services in-band as opposed to using the DOCSIS channel, although a growing number of operators are now turning to IP for the delivery of advanced services. “We also need SI modules for parsing the SI information,” said Patibanda. “Object carousel parsing is already there but there is some tuning that is necessary and there are DVB SI people already working on it.”

Steve Heeb, president and general manager of RDK Management, said the group had decided to persuade operators to build a common interface for object carousel parsing, but pointed out that many more advanced operators would in any case use the two-way DOCSIS platform to deliver advanced services. “Some operators use the in-band object carousel and some use out-of-band. More operators today are using out-of-band but some have decided to use traditional in-band and that is where we are trying to coalesce to get a common interface,” he said. “It is already in the RDK stack and operators have implemented it in their own way, but it would be better not to have 10 ways to do it. They should have an interface that is common for everyone to plug into.”

Heeb said that European operators were embracing RDK with enthusiasm as it allowed them to innovate at a faster pace than has hitherto been the case, although it will take some time for service providers to adjust their organizations to the faster tempo of new service implementations that the technology enables.

“Almost eveyone is excited about it. Some of the biggest issues are around whether operators are ready for this faster innovation and changes in how you operate,” he said. “The testing cycles and how you operate in the field are much faster [with RDK]. Some operators in the US do downloads every week. A lot of European ops are not used to doing this. To do a new code drop in two weeks is something you have to change your operations for to handle efficiently. They have found that this thing is almost too good.”

He said that the speed of development enabled by RDK put marketing and business development teams in the lead position within operators, ahead of technical development organsiations. This represents a major cultural shift that operators will need to adjust to, he said.

Within RDK, operators can develop their own components and decide whether or not to contribute these to review by the wider RDK community, said Heeb.

Comcast, Time Warner and Liberty Global fund RDK Management, which has close relationships with a number of key technology partners including S3 for code management, Seachange and Tata. “There is a code check-in and quality assurance process as part of RDK,” said Heeb.

A number of European operators have signed up to use RDK, including Kabel Deutschland and Liberty Global.

“The RDK has a release that is available to all licensees. The RDK does comply with DVB components and the way it works is if you have additional requirements you can bring your idea in and the community can build or you can build and it can be sent back out,” he said.

Heeb said that while in the past legacy software platforms had been closed and feature requests meant operators had to talk to a number of different companies including OEMs and SoC providers separately to identify where changes had to be made, with RDK any issue or functionality request could be fixed very quickly.

“The strength of RDK is in the ability of the MSOs to use a single source,” he said. Instead of each  manufactulrer have their own stack, with RDK ther is a single software stack for chipset vendors to support. “The stack is modular. It can be configured for DVB by adding DVB components or it can be confikgured for ATSC,” he said. “Slowly over time we are collecting components that can be added to it.”

RDK is not a standard per se, as it emerged out of Comcast’s needs for its next-generation platform. “There was no off the shelf answer…so they developed this using open-source components,” said Heeb. Other operators were given access and eventually a large group of international operators and technology companies emerged as supporters of the initiative.

S3 runs the code management trunk and other companies can contribute code. The community then assesses contributions as with other open-source initiatives such as Linux and Apache.

Speaking on a panel session at the Summit, Wolfgang Zeller, VP, service engineering, Kabel Deutschland, agreed that organisations had to adapt to adjust to the speed of innovation that RDK enabled.

On the same panel Matt Zelesko, SVP, converged technology group, Time Warner Cable, said that the RDK had helped operators manage changes in video consumption. “This is a community effort,” he said. “Like any open-source initiative you get out of it what you put into it.”

Lyall Sumner, head of TV product development, Liberty Global, said that RDK offered operators the benefits of flexibility and longevity. It enables operators to move between hardware providers and also allows operators to evolve their platforms without throwing out work they have already done, he said. “We can contribute code and make sure there is a longevity to it and we can focus on the user experience,” he said.

Sumner said RDK should give operators the same flexibility as is available on the web to deliver new services. He said Liberty Global was close to a “viable product” for its Polish Horizon launch.

Sumner said Liberty Global wanted the flexibility to innovate at the user interface level, and that operators would be able to differentiate their service offerings by building applications on top of the RDK. “The fact that the RDK stops at that level is good,” he said.