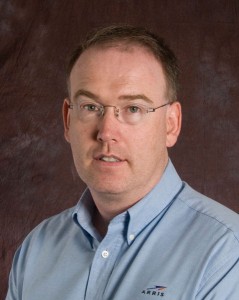 Set-top and home gateway maker Arris has plans to establish a common application platform, outside of the control of consumer electronics manufacturers like Samsung and Apple.

“As a company we are encouraging our operators, through some of our own ideas but also with some of our competitors, to try and get a common application platform, because we uniquely control the cloud gateway in set-tops,” he said.

He added that different players should come together to create an app environment that’s “as rich as something like Android, or iOS, but within our particular industry.”

Discussing Arris’ future strategy, Cheevers said that the traditional set-top is changing shifting to more of an IP gateway, with smaller form-factors appearing and more of an emphasis being placed on WiFi connections.

“We’re building devices that are meant to spin and refresh quicker than in the past when set-tops were a lot more expensive,” said Cheevers.

Arris is working on low, mid and high tier IP STBs, he said. The low tier will be similar in style to small, Chromecast-style streaming devices but with the addition of a remote control, while the mid tier STBs are designed to help “increase the graphics capability” of older TVs.

The high tier STBs are designed to keep track of the move to 4K and will have a similar level of performance to games consoles, said Cheevers.

Elsewhere, he said another objective for Arris is to work to try and make WiFi “deterministic” in an effort to better manage in-home web traffic – for example prioritising a movie stream in the living room over other mobile WiFi activity.

“We can always build excellent antenna designs and an excellent WiFi performance from the hardware, but we can’t control the environment that WiFi works in,” said Cheevers.

“The idea is to try and make WiFi deterministic by applying policies to WiFi. Policies to WiFi means you map every service into the available airtime… If we just manage that prioritisation of what services get the most airtime, I think the consumer gets a much better experience from it.”