World Cup to be ‘mobile’ this summer, predicts Arris 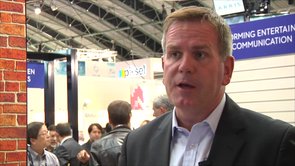 This year Brazil will play host to a “mobile World Cup,” according to Arris’ senior vice-president of EMEA and former Motorola vice-president, Steve McCaffery.

Speaking at the Arris Video Leadership Forum in Barcelona this morning, McCaffery, said that an expected 310 million people will tune in to the this summer’s football tournament on a global basis.

This, he said, compares to an World Cup TV audience of 188 million in 2010, while the Super Bowl – America’s biggest sporting event – attracted an audience of 173 million on a Worldwide basis this year.

“Viewing figures for 2010 versus expected viewing figures for 2014 are exponentially different,” said McCaffery. “In terms of the expectation in the World Cup – this is in addition to watching on the television – 63% will watch across computers, 23% across smartphones, and 25% across tablets.”

McCaffery added that new developments in the market like the Copa 90 YouTube channel – a football highlights channel that did not exist in 2010 – will also “change people’s viewing habits” when it comes to watching the World Cup.