Sebastian Coe said to be frontrunner for BBC Trust chair 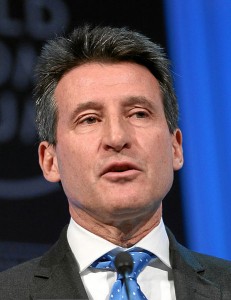 Sebastian Coe is being strongly tipped to become the next chairman of the BBC Trust, the organisation that oversees the running of UK public broadcaster the BBC.

UK broadcaster ITV’s news operation was the first to report that Coe is being lined up for the position with numerous UK news outlets confirming the news, citing Whitehall sources. The Guardian newspaper reported that Coe has been informally approached about the position by government officials.

The chairman position is vacant after Chris Patten stepped earlier this month because of health issues. Patten, a former Conservative Member of Parliament and governor of Hong Kong, was in the position for three years and was set to remain as chair until end-2015.

Coe is former Olympic gold medal-winning athlete who spearheaded the successful campaign to bring the Olympics to London. He was then head of the Organising Committee that ran the London Games, which were widely considered a success.

Coe has not confirmed he is in the running but told press he was ‘very flattered’ to be linked with the position. London’s Conservative mayor Boris Johnson was among those to support the idea of Coe taking the reins at the Trust. Coe is himself a former Conservative MP and, since 2000, a British life peer, meaning he can sit in the UK upper house, the House of Lords.