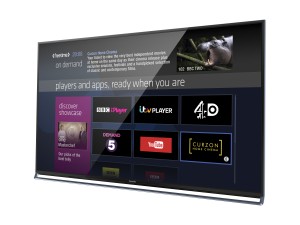 Freesat has teamed up with Curzon Home Cinema, the on-demand arm of the Curzon cinema chain, to launch its on-demand player on the Freetime connected TV platform.

The agreement will allow Freetime viewers to watch some films on the same day they launch in cinemas.

Films are available on the player from £1. New and recent titles on the service include Roman Polanski’s Venus in Fur, available on the same day as its cinema release, and Blue is the Warmest Colour.

Other titles include former Cannes Palme d’Or award winners Amour, Dancer in the Dark and Secrets and Lies.

The player will be available on Humax Freetime boxes from today, and will launch on Panasonic Freetime smart TVs next month.

“Freesat is a fantastic new partner for Curzon and we are proud to offer their Freetime viewers this unmatched cinema at home experience utilising the very best new on demand technologies,” said Phil Mordecai, director of Curzon Home Cinema.