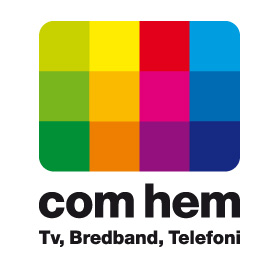 Swedish cable operator Com Hem has unveiled plans to raise about SEK5.5 billion (€610 million) through an IPO on the Stockholm stock exchange.

Com Hem said the goal of the offering is to reduce the company’s debt levels and provide additional financial flexibility. The company aims to reduce its net leverage to about 4.15 times underlying EBITDA as of June 30, with a target of getting the ration down to between 3.5 and 4 times EBITDA in the medium term.

Com Hem’s announcement follows a Bloomberg report last week that it was in advanced stages of planning an IPO. The company was first reported to be in talks with its owner, London-based private-equity firm BC Partners, about a possible listing back in January.

The operator has highlighted its strong fundamentals, with a 39% share of Swedish homes connected to its network and a 61% share of digital TV subscribers within its footprint. It is also the number one broadband provider in its footprint with a  44% share and the number two broadband provider nationally. The company posted net sales of SEK4.448 billion last year with underlying EBITDA of SEK2.2 billion.

The share issue will primarily consist of a new ordinary shares issue, although BC Partners may sell some of the shares in Com Hem held by its local holding company NorCell.

““We have in the past few years made significant investments in the network, new products and the operations, which will enable us to fully capture the potential of this company,” said Com Hem CEO Anders Nilsson.

“Com Hem has the fastest broadband offering in 80 percent of our cable footprint, last year we launched the leading digital TV offering with TiVo in Sweden and we have made an accelerated entry into the B2B segment through the acquisition of Phonera Företag this year.”

Nikos Stathopoulos, managing partner at BC Partners said: “Becoming a public company is a natural next step for Com Hem as it will broaden its shareholder base, provide financial flexibility by reducing leverage and enhance the company’s growth prospects. We will continue to support Com Hem, its strong management team and staff and we welcome new shareholders to take part in the future development of Com Hem.”