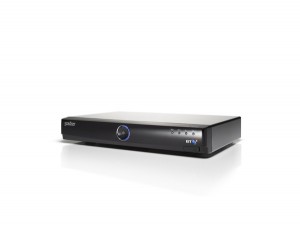 The BBC Trust has backed the corporation’s ongoing involvement in YouView, but has called for the introduction of new specifications to loosen BT and TalkTalk’s grip on the platform.

The BBC’s governing body said that YouView was complying with the terms of its approval for the BBC’s involvement in the project, which it first set out four years ago, but said that “some areas of improvement” needed to be delivered as a condition for its continued support for the UK internet-connected TV service.

The main condition was that YouView must “promptly” introduce new specifications to allow content providers to deliver content without being required to use BT or Talk Talk’s delivery network.

In the Trust’s review document, it said that one of YouView’s stakeholders – the name of which was redacted – had complained that the platform does not support unicast delivery of IP channels alongside the currently available multicast delivery.

“This is problematic insofar as the provider of an IP linear channel needs to access the multicast delivery network to which the customer is attached, which in the vast majority of cases is either BT or TalkTalk,” said the Trust.

In order to reinforce the overriding ‘open access’ principle of YouView, unicast technology should be introduced this summer, the Trust said.

However it conceded there was still some concern that YouView’s two ISP shareholders could still exert a “gatekeeping role” as they will be able to influence any decision about whether the unicast delivery of linear channels meets the television quality standard required by YouView.

Elsewhere, the Trust also called for a full text-to-speech function, which will help the blind and partially sighted browse the EPG and select programmes, to be introduced into YouView later this year, or in 2015. The Trust said this should either integrated into set-top boxes or through external devices such as a mobile app.

“The BBC has always been a pioneer in harnessing new technology to continually improve its services for licence fee payers, and its involvement with YouView is very much a part of that. We are pleased that the conditions we set are being met, that YouView is delivering for audiences on important issues like accessibility and parental controls, and that the BBC’s involvement is not proving harmful to the wider market.

“There’s more work to be done to ensure that YouView truly serves all audiences and we’ll look to the venture to deliver on this in the coming months,” said BBC Trustee Suzanna Taverne.

YouView is a joint venture between the BBC, ITV, Channel 4, Channel 5, BT, TalkTalk and infrastructure firm Arqiva. Though they are all equal shareholders, service providers BT and TalkTalk also use YouView to power their own pay TV offerings.