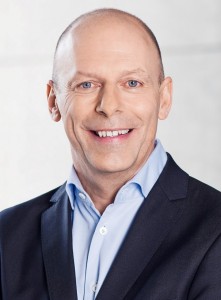 Cable operators expressed mixed views of the importance of mobile in their offerings and on the role of fixed-mobile convergence to meet the future needs of consumers at the ANGA COM congress this morning.

Speaking on the opening panel session at the event, Tele Columbus CEO and chairman Ronny Verhelst said he is a big believer in mobile and the quad-play. “Our customers expect the best data delivery in the world,” and that there is an expectation that they will get the same experience on mobile as on fixed networks, at least on small screens.

Manuel Cubero, CEO, Kabel Deutschland and director, fixed and cable, Vodafone Deutschland, said that TV and internet are converging, along with fixed and mobile networks. He said that Kabel Deutschland had extended its reach via public WiFi. “Vodafone and KD will be an integrated network provider,” he said. “It will take its time to get all services in one invoice but we want to offer nice bundles in the future.”

Cubero said that the expertise of Vodafone and Kabel Deutschland supplemented each other and that there are synergies between the two. “We are convinced there will be more fairness to the customer as a result of convergence with an infrastructure-agnostic flat-rate,” he said.

Cubero said that mobile would also have a role in bridging the digital divide and providing broadband at reasonable rates to homes in rural areas that can’t be reached by fixed networks.

Cubero said LTE had not won a good reputation to date but would have a significant role going forwards.

Michael Hagspihl, managing director, marketing, Telekom Deutschland, said that his company was investing EUR23 billion between 2015-20 in mobile and fixed networks, including vectoring based on VDSL. “Telekom is also focusing on the rural areas,” he said. “We also supply broadband to customers in rural areas and we have an objective…that 80% will be supplied by 2020.” He said that fixed and mobile convergence was crucial to Telekom’s forward-looking strategy.

Fries said that mobile operators across the continent “are in trouble” as price competition takes its toll. “We are going into mobile with great care. We have four million mobile subs. We have launched in Belgium and the UK. In some markets it can help us round out the bundle and reduce churn, but we are not going in too aggressively. We want to make sure we can make money.”

Fries said that the mobile industry is going to consolidate. He said he didn’t thing mobile would be able to deliver the same speeds as fixed but that people want seamless connectivity,, leading to the roll-out by fixed-line operators of WiFi hotspots, using their installed base of WiFi routers. “Our core business will always be in the home. That is where the big pipe is going to reside,” said Fries.