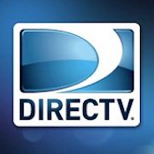 US telco AT&T has agreed to buy satellite pay TV operator DirecTV for a total equity value of US$48.5 billion (€35.4 billion), in a deal it said would give it “unparalleled video content distribution scale in the US.”

Announcing the deal, AT&T said the agreement would deliver immediate and long-term financial benefits and that DirecTV’s content relationships will allow it to deliver video across TV, mobile, and laptops “to meet consumers’ future viewing and programming preferences.”

The definitive agreement will see AT&T buy DirecTV in a stock-and-cash deal for US$95 per share. This implies a total equity value of US$48.5 billion and a total transaction value of US$67.1 billion, including DIRECTV’s net debt, AT&T said.

“This is a unique opportunity that will redefine the video entertainment industry and create a company able to offer new bundles and deliver content to consumers across multiple screens – mobile devices, TVs, laptops, cars and even airplanes,” said AT&T chairman and CEO, Randall Stephenson.

“DirecTV is the best option for us because they have the premier brand in pay TV, the best content relationships, and a fast-growing Latin American business.”

AT&T said the deal will give it “unprecedented capabilities” in mobility, video and broadband services and that it will be able to meet future consumer programming preferences – including traditional pay TV and on-demand video services like Netflix or Hulu streamed over a broadband connection.

DirecTV will continue to be headquartered in El Segundo, California, after the deal closes and AT&T said that it expects cost synergies to exceed US$1.6 billion annual run rate three years after closing – primarily driven by increased scale in video.

The boards of directors of both companies have unanimously approved the agreement. AT&T said it expects the deal to close within approximately 12 months, subject to approval by the US Federal Communications Commission, the US Department of Justice, a few US states and some Latin American countries.

AT&T said that to help the regulatory approval process in Latin America it will divest its interest in América Móvil, which includes 73 million publicly listed shares.