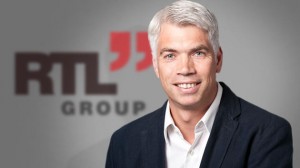 With the move, RTL Hrvatska’s current editor-in-chief and board member, Ivan Lovrecek, will be promoted to deputy CEO of RTL Hrvatska, also starting on July 1.

Commenting on the appointments, Andreas Rudas, chairman of the supervisory board of RTL Hrvatska and executive VP of regional operations and business development for CEE and Asia at RTL Group praised Tewes’ “business acumen and leadership skills.”

“He is deeply familiar with RTL Group and the international TV industry and is an excellent choice to lead and grow RTL Hrvatska into the next phase of its development,” said Rudas.

“I would also like to thank Johannes Züll for his important achievements. During his time as head of RTL in Croatia, he ensured the financial sustainability of RTL Hrvatska and the re-licensing of the main channel RTL Televizija through 2029. At the same time, he built a complementary family of channels with two new channels – RTL 2 and RTL Kockica,” he added.

Tewes join from Enex, an association of commercial TV broadcasters including RTL Group that share their news content and production resources, which he joined as MD in 2012.

Prior to this, he joined RTL Group in 2005 and was vice president of corporate strategy before becoming part of the management team of Alpha TV in Greece –most recently as programme director.

Lovrecek joined RTL Hrvatska in 2004 as a reporter. He was promoted to daily news editor a year later, became editor-in-chief in 2007 and two years later was appointed to the company’s management board.