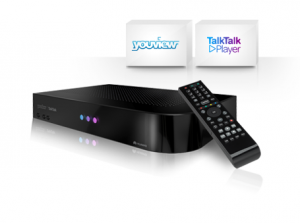 TalkTalk has cemented its position as the fastest growing UK TV distribution business by passing the milestone of one million TV customers as of May 12.

Reporting preliminary results for the fully fiscal year to March 2014, TalkTalk said it added 185,000 TV customers for its YouView service in the quarter to March 31, taking its total at that date to 917,000.

The group added 10,000 on-net customers in the quarter, taking its overall base to four million.

TalkTalk  posted EBITDA of £213 million, down from £290 million for the 2013 financial year, which was attributed to an additional £112 million of investment.

“I am delighted to report our first full year of revenue growth since demerger demonstrating that our strategy for growth is delivering. We have built a TV business with over one million customers in just 18 months – a quarter of our total customer base. We continue to grow faster than all the other UK TV operators put together and are confident that in time, all our customers will take TV. Our focus on data products for businesses is also delivering very strong growth and as a result, TalkTalk Business is one of the fastest growing B2B telecom operators in the UK,” said CEO Dido Harding.

“Following investment in the first half, we delivered a sharp rebound in profitability in the second half combined with accelerating revenue growth. We are on track to deliver our financial targets by FY17, and are increasingly excited about the longer term growth opportunities beyond. As a result we are committing to another year of growing the dividend by no less than 15% in FY15.”