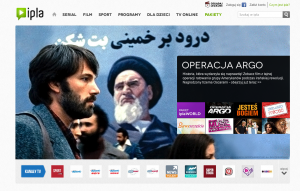 Polish pay TV operator Cyfrowy Polsat said that its internet TV service Ipla attracted an average 4.2 million users for its app and website in the first quarter of the year.

In its interim consolidated quarterly report for the three months ended March 31, 2014, Polsat said that the online service, which it acquired in 2012 will account for “an increasingly significant element of our business in the future.”

It added that 75% of Ipla’s revenues were generated from ad sales in the fast growing online video segment and that roughly 25% of revenue came from content purchase transactions.

Elsewhere, Polsat said that it is the largest pay TV provider in Poland and the fourth largest DTH platform in Europe in terms of the number of subscribers, and claimed that its main channel, Polsat, took a 13.2% audience share in the first quarter of 2014.