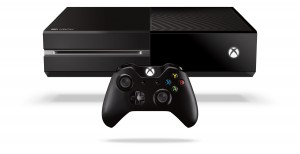 Microsoft is opening up its Xbox console to allow all Xbox 360 and Xbox One owners to access entertainment apps like Netflix and HBO GO without having to pay for Xbox Live Gold membership.

As part of a bid to give “more choices” to Xbox users, Microsoft said that from June, a pay-monthly Xbox Live Fold account will “no longer be required for most apps and features” – including services like Netflix, ESPN and YouTube.

Instead, Xbox Live Gold subscribers from June will be able to download free games, receive games discounts, and get other benefits. However, entertainment services will be available to all with a free Xbox Live account.

“We’ve heard that you want more choices from Xbox One. You want a wide variety of options in your games and entertainment experiences and you also want options in your hardware selection,” said head of Xbox, Phil Spencer.

At the same time, Microsoft said it is also cutting the price of its flagship Xbox One console, stepping up competition with the rival PlayStation 4.

From June 9, Microsoft will start offering the Xbox One, without the Kinect motion controller, for US$399 in all markets it is available – the same price as the PS4.

Currently the Xbox One is priced at US$499, bundled with Kinect – a package it will continue to offer. Later this autumn it will also start selling Kinect as a standalone add-on.

“To be clear, as we introduce this new Xbox One console option, Kinect remains an important part of our vision.  Many of you are using Kinect for Xbox One every day. In fact, more than 80% of you are actively using Kinect, with an average of 120 voice commands per month on each console,” said Spencer.