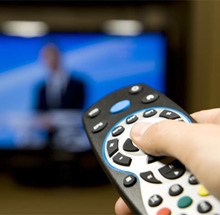 Global digital TV penetration will reach 97.9% of TV households by the end of 2020, up from an anticipated 67.7% at the end of this year, according to a new report by Digital TV Research.

“Of the 762 million digital TV homes to be added between 2013 and 2020, 258 million will come from digital cable. Primary free-to-air DTT [homes taking DTT but not subscribing to cable, DTH or IPTV] will acquire an additional 292 million. Pay IPTV will more than double to 191 million, with pay DTH up by 79 million,” said Digital TV Research.

By the end of 2020, roughly 26.4% of homes are expected to be primarily free-to-air DTT, with penetration to exceed more than half the TV households in 41 countries.