Brightcove to roll out next generation web player 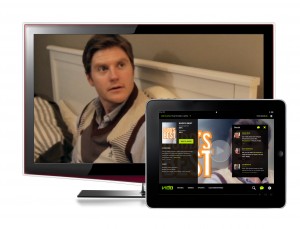 Brightcove is working on a next generation web player that it will roll out as part of a new version of its Video Cloud Studio later this year.

Discussing the development at the Brightcove Play customer conference in London, Brightcove vice-president of product management Phil Costa said that the new player is designed to be mobile first, fast and will deliver a constant experience across different devices.

Outlining the new features of the player, Brightcove principal software engineer, David LaPalomento said: “When we started this project, we didn’t want to just upgrade our video player. We wanted to make a transformational change of how we deliver video on the web.”

The player will be built on top of an open source video player called Video JS. This is an HTML5-based player that also uses CSS and Javascript and is designed to work in-browser on mobiles, tablets and desktops.

The new customisable player, which Brigtcove claims will be the fastest on the web, is currently in developer beta with initial product deployments expected in June.

In the Autumn the player will begin rollout as part of Brightcove’s Video Cloud solution, with a whole new version of this web-based user interface, featuring the player, to follow in winter.

“At the end of the year we’re going to be introducing an entirely new Video Cloud Studio that’s built around HTML5 and will offer smoother workflows for managing your library as well as publishing that content into the next-generation player,” said Costa.

Also speaking at the Brightcove Play event, company CEO David Mendels said that with the proliferation of new devices, such as smart TVs, games consoles and next generation devices like Amazon Fire TV and Chromecast, it didn’t make sense to keep porting the video experience to each device.

“We stepped back and started from basics and built and entirely new player infrastructure which is designed for the future. It’s designed from the ground up, not as a port from an original Flash thing that was started 10 years ago, but [by] using standards like HTML, CSS and Javascript to be fundamentally multi-platform, fundamentally higher performance and really designed for the world we live in,” said Mendels.

He added that Brightcove is also investing in dynamic ad insertion and cloud-side dynamic stitching of content. “We’ve changed our thinking over the last few years from how do help our customers play video, to how do I help the customer make money from that video,” said Mendels.