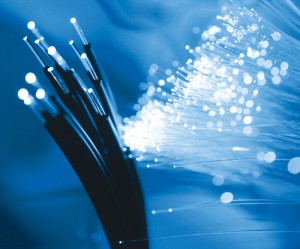 BT has now passed more than 19 million homes and businesses with fibre broadband, reaching two thirds of UK premises some 21 months ahead of schedule.

BT had originally set a 19 million premises target for the end of 2015, but said it reached it in March, helping the UK achieve “one of the fastest rollouts of fibre anywhere in the world.”

The milestone was announced as BT revealed results for its fiscal fourth quarter and year to March 31, 2014.

BT said it achieved its “best ever quarter in fibre” with 249,000 BT retail fibre broadband net additions, taking the customer base now to over 2.1m.

It also said it added 46,000 TV customers bringing the total to 1 million in the quarter. BT WiFi usage also continued to grow with over 10.2 billion minutes carried in the three months, more than double last year.

In the TV space, BT said that it will transition longstanding TV subscribers to YouView in the current quarter.

“We will be closing our first generation TV service in the first quarter of 2014/15.  We will exchange legacy set-top boxes for new YouView boxes and anticipate some impact on TV customer churn during this period,” it said.

BT also claimed that its flagship Sports offering now has around 3 million direct customers, counting those watching via satellite, BT TV, online or via the app. Including its wholesale deals, BT said that BT Sport is in around 5m homes.

The success of its sports output, which is offered free to BT broadband customers, has also helped BT to improve its share of the UK broadband market.

Overall, for the quarter, BT said that operating costs were up 11% and EBITDA was down 14% “reflecting our investment of around £450m in BT Sport.”

However, in its consumer division revenue increased 9% in the quarter to £1.068 billion, driven by 24% growth in broadband and TV revenue, reflecting the impact of BT Sport. This growth contributed to a year on year increase in ARPU of 7% to £391. Revenue for the consumer division was up 4% for the full year to £4.019 billion.