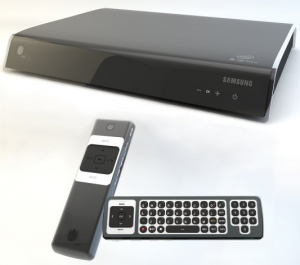 Liberty Global added more than 250,000 next-generation Horizon TV and TiVo customers in Q1, in what CEO Mike Fries described as an “excellent start” to the year.

Announcing results for the three months ending March 31, Liberty said that it ended the quarter with more than 550,000 Horizon TV subscribers across four countries – the Netherlands, Switzerland, Ireland and Germany.

“As a result, we now have 20% of our digital TV customers enjoying great functionality, content and compelling multi-screen service,” said Fries.

Overall, Liberty said that it had 13.3 million digital video subscribers in the quarter and digital penetration of 64%. Though it lost a total of 71,000 video customers, or revenue generating units, in the quarter, it said this was its lowest Q1 video attrition rate since 2007.

Elsewhere, Liberty said that it is making “significant progress” on the wireless front, having recently launched mobile services in Switzerland, introduced new quad-play offers in the UK and expanded its WiFi-spots in Belgium and the Netherlands to over 1.5 million locations.

“Building on this momentum, we expect to continue to launch MVNO and WiFi services in more markets throughout our footprint, which will further enhance the customer experience,” said Fries.

In an update to its planned takeover of Dutch operator Ziggo, Liberty said the transaction in “on track” to complete in the second half of this year.

“We understand that the European Commission has nearly completed its phase one investigation into our proposed acquisition of Ziggo, the largest cable operator in the Netherlands, and that the case is likely to move to a second phase at the EU level. No final decision has been taken, but we continue to expect closing to occur in the second half of 2014,” said Fries.

In the quarter Liberty reported revenue of US$4.5 billion, reflecting rebased growth of 2%. Operating income was up 10% to US$582 million.