Viacom to use C5 to accelerate new global brand launches 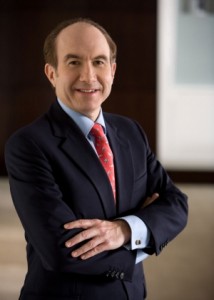 Viacom president and CEO Philippe Dauman said that its £450 million (€550 million) acquisition of UK terrestrial network Channel 5 will help it to launch new brands around the world.

Speaking on Viacom’s earnings call for the three months ending March 31, 2014, Dauman (pictured) said that with the UK investment, Viacom will look to “shift the mix towards more original programming” – which will contribute to the overall content it owns and exploits globally.

Claiming that Viacom will take Channel 5’s family of networks “to the next level,” Dauman said that it will use programming capabilities from its UK pay channels, “take advantage of the UK production marketplace” and step up its production activities.

“For example, there is a very successful children’s block on Channel 5 called Milkshake. It has some Nickelodeon programming on it now. We think by marrying Milkshake with some of the Nickelodeon capabilities and programming, there is an opportunity to grow both sides of the house.”

The comments came as Viacom reported revenue and earnings growth for its fiscal second quarter. Revenues were up 1% year-on-year to US$3.17 billion (€2.29 billion). Operating income rose 3% to US$872 million, while net earnings from continuing operations were up 4% to US$502 million.

Speaking on the earnings call, Viacom’s chief financial officer Wade Davis said that in the company’s media networks segment, revenues in the quarter were up 6% compared with the prior year, principally driven by increases in affiliate and advertising revenues.

In terms of advertising, domestic revenues were up 2% in the quarter and international revenues increased 14%. “The growth in international advertising reflects the impact of new channels, as well as continued improvement in the European marketplace,” said Davis.

Recent channel launches by Viacom include MTV European in Hungary and the Czech republic in January and the Paramount Channel in Russia in February.