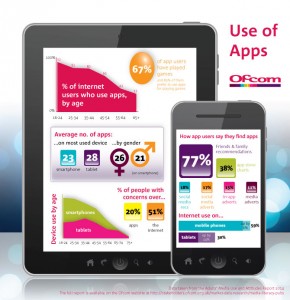 The proportion of adults in the UK that regularly watch DVDs, videos or Blu-ray discs has fallen from 63% in 2012 to 55% in 2013, according to new Ofcom research.

The UK broadcast regulator’s Adults’ Media Use and Attitudes Report said that the use of social networking sites was higher, remaining stable at 66% – with 60% of people with an active social media site profile visiting these sites more than once a day in 2013, up from 50% in 2012.

“TV watching continues to be the media that adults say they would miss most (42%) if it was taken away, but this varies considerably by age,” said Ofcom.

While the majority of people aged 65 and over say they would most miss watching TV (68%), people aged 16-24 were more than three times more likely to choose their smartphone (47%) over TV (13%), according to the research.

Overall, Ofcom said that the proportion of people aged over 65 that access the web reached 42% in 2013, up from 33% in 2012. This was partly attributed to increased use of tablet computers by people aged 65-74.