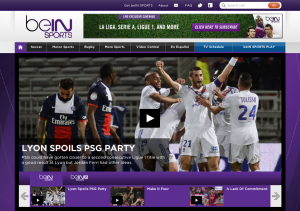 BeIN Sports has secured rights to air the best match from Tuesday nights, while Canal+ has secured first choice for Wednesdays.

BeIN Sports will air the final, which will also be shown on a free-to-air channel. The Al Jazeera-owned broadcaster also retains the rights to any match in the knockout stages if there is only one French side left in the competition.

Despite being forced to share the rights to the best matches of the competition for the first time, Canal+ said it was “very pleased” with UEFA’s award of a premium tranche of rights, which would allow it to extend its football coverage on a sustainable basis.

According to French sports daily L’Équipe’s online edition, UEFA has secured an uplift of 30% in the price paid for the totality of rights to about €145 million by splitting the premium lots.

The latest contest between Canal+ and BeIN Sports for premium rights follows the award a week ago of French Ligue 1 rights for the 2016-20 seasons, where Canal+ secured the two premium sets of rights.

Canal+ secured rights to the three best fixtures of the week by securing the LFP’s first and second lots of Ligue 1 matches, while BeIN Sports secured the remaining four lots, raising a reported €748.5 million a year for the League. BeIN Sports won first choice of Ligue 2 matches along with eight other weekly fixtures while Canal+ secured second choice.

This followed protests by the pay TV operator that the French Professional Football League (LFP) was acting prematurely in auctioning the rights well in advance of the 2016-17 season.

BeIN Sports editorial director Florent Houzot told the Journal du Dimanche yesterday that Canal+ was guilty of “disinformation” and “lies” in its communication of UEFA’s award of rights by giving the impression that it, rather than BeIN Sports, has secured the best set of Champions League rights and would provide a comprehensive offering.