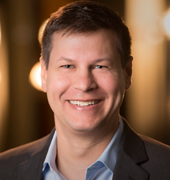 The slow death of the primetime family viewing experience and the migration of viewing to multiple screens with multiple concurrent streams per household is adding a degree of complexity to content delivery that service providers are still struggling to cope with, according to David Mowrey, vice-president of product management at cloud-based content delivery specialist Clearleap.

Mowrey used a panel session on the show floor at the NAB Show to present the results from a White Paper report, Multiscreen Becomes Mainstream, prepared by Colin Dixon, chief analyst and founder of nScreenMedia.

Thirteen per cent of all online viewing of content is now on tablets and smartphones, according to the research commissioned by Clearleap.

Mowrey said that the delivery of content is becoming more complex as viewing – including primetime viewing – migrates to multiple screens. “There is a migration, an explosion in content and all the complexities that go around that,” he said. “IT is not only launching the service but migrating from previous services that add to the complexity.”

Mowrey said there are five areas of complexity associated with multiscreen delivery. First is managing OTT disruption. Second, there is a loss of communal viewing time. Third, there is a need to balance feature ubiquity with the utility of applications on devices. Fourth, there a challenge of monetising mulitscreen Finally, service providers face the challenge of coping twith ingest demands.

Mowrey said that there has been a 28% increase in concurrent streams during primetime over the last year, with at least two active video screens in streaming households during primetime even though each household only has an average of 2.6 people. This means that the “era of family viewing” is dying and there is a challenge in delivering meaningful advertising statistics, said Mowrey.

“This is changing the currency of pay TV,” he said. “We have been measuring homes passed and subscribed households but we now need to be analysing streams on a per household basis.”

Addressing the question of ubiquity versus utility, Mowrey said that 66% of the smart TV market is dominated by five manufacturers but new apps don’t function on previous models. There is a need for more than 20 apps to cover the top five manufacturers alone, he said.

Mowrey cited the example of Dish Network which provides a common ap that easy to understand that runs across all devices and a more sophisticated app for iOS devices only that they can use to test new features.

Mowrey said that other broadcasters have focused on HTML5 as the “magic bullet”. However, he said, there is still complexity to address. While BBC iPlayer works well based on HTML5, this is not necessarily the case for all.

Mowrey said that one aspect of complexity introduced by the proliferation of screens is that distribution deals cut by content providers left operations departments with the task of supporting devices across multiple territories. It is extremely difficult to set up infrastructure to cope with spikes in usage across multiple screens. Storage, transcoders, origin servers and many other pieces of the content delivery puzzle have to be configured to enable delivery.

“In today’s world you need to be able to scale your infrastructure very quickly and use cloud-based services, frankly,” he said.

Mowrey said that metadata requirements also vary across screens, meaning that metadata has to be prepared for each distribution channel. Metadata preparation has fallen behind the times, he said. There is a need for more powerful tools to prepare and manage data. “You have to make your content discoverable on all devices and present it well on all devices, There are standaerds but it is a very complex undertaking,” he said.

Mowrey said there is huge demand for VoD and a need to get as much content as possible on those services with advertising insertion to deliver revenues. Mowrey said set-top experiences of VoD are often still poor, however, falling behind the experience available on mobile devices.

Dixon said that applications running on the client are always subject to the characteristics of the client, with older clients failing to run apps well. “HTML5 will not deliver a unified experience. You will have to tune your app for each client and you are back to the same problem,” he said. “HTML5 doesn’t solve the problem of needing good performance on all devices.”

Dixon cited the example of Dish Discovery, which only runs on an iPad, while Dish Anywhere runs on a wider range of devices. Other service providers test features with small groups of subscribers, which he said can be a very expensive proposition.

Hui Zhang, CEO of Conviva, also speaking at the panel session, said that consumption is now highly individualised, with individuals in households using multiple devices. Citing Conviva’s Viewer Experience report, he said that during primetime, the number of concurrent streams entering the average household had increased by 30% over the last year, he said. While in the morning people most frequently use their phone, moving to the PC during the afternoon and the mains screen TV in the evening.

Zhang said viewing of sports, where live is of critical importance, moved quickly to connected TVs compared with other types of content.

Zhang said that the aggregation of data across devices from multiple service providers would enable content providers to plan their resources better over time.

Over time, he said online content quality is improving, with higher resolution delivered by higher bitrates and lower incidence of buffering. However, the impact on the user experience is limited because expectations can outpace the rate of improvements in quality.