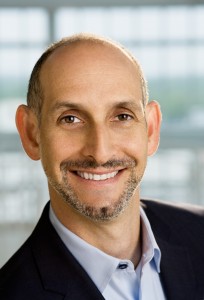 Discovery will continue to focus on traditional pay TV rather than new digital initiatives in international markets, with a subsidiary focus on traditional over-the-air free-to-air TV in markets where pay TV growth is levelling off, according to executives speaking to press at the broadcaster’s Upfront event for potential advertisers in New York.

“We will work very closely with the US. The same dynamic applies. I do not think you will see different strategies overseas,” he said.

Silberwasser said that while the US pay TV market is saturated and further growth can only come from new areas, in Europe and elsewhere pay TV and over-the-air free TV provides plenty of opportunities for further expansion.

“The US market is 100% penetrated in pay TV. There are very few markets outside the US with that level of penetration,” he said.

“As those countries grow economically more people will sign up for pay TV, while in Europe, in some markets, growth in pay TV has levelled off and that’s why we are investing in free-to-air – but in most there is still room for growth.”

Discovery Networks International president JB Perrette told DTVE that Discovery would tailor its digital initiatives to the particular needs of each market. He cited the example of Dplay, the Norwegian service that aggregates channels and sells them to consumers direct without going through intermediaries, as an example of a digitial initiative that worked in the circumstances of one particular market but which might not play well in other markets. “What works in Norway, where we have Dplay…might not be right in other markets,” he said.

Discovery Communications president and CEO David Zaslav earlier told journalists that “on new platforms there has never been a better time to be in the content business if you own your own content”.

He said that Discovery was aware that people are increasingly watching content on devices other than the TV and pointed out that it had invested in ventures including web video company Revision 3 and had developed a significant presence on YouTube.

“The revenue isn’t as good as the traditional dual revenue business, but we have to take our content on to all platforms and we have to experiment,” he said.