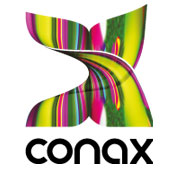 Telenor said the sale is in line with its strategy of focusing on core activities going forwards.

Conax has about 380 customers worldwide an its technology secures services for around 140 million pay TV customers in over 85 countries. These include Telenor Broadcast’s own pay TV division Canal Digital. The group said that the sael would benefit all Conax customers.

“The Conax operation has been very successful with a strong track record of international growth and high profitability,” said Patrik Hofbauer, senior vice-president and CEO of Telenor Broadcast.

“However, as competition increases and new technologies emerge, achieving global scale and enhancing market share will be key determinants of future success. To support Conax and jointly pursue future growth opportunities we have evaluated that the best way forward for Conax is with a new owner, Kudelski Group is a leading security player within the industry.”

Kudelski said that the deal would mean that Conax customers would be able to benefit from its portfolio of products including OpenTV5 middleware.

“We are very pleased to welcome the Conax team to the Kudelski Group,” said André Kudelski, chairman and CEO of the Kudelski Group. “Their geographic footprint and solution portfolio are complementary to Nagra. With this acquisition, we further expand our customer portfolio in Asia, Latin America, eastern Europe and Scandinavia.”

The transaction is expected to close within 10 days.