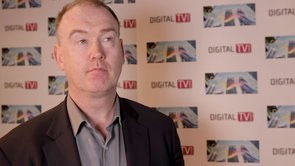 TV technology provider Arris is planning to launch 4K set-tops and an operator-friendly streaming stick in the style of Google’s Chromecast next year, according to CTO of customer premises equipment Charles Cheevers.

Speaking to Digital TV Europe, Cheevers said that Arris aims to have demo models of a planned 4K P60 set-top ready by IBC, with the chips it intends to use likely to become available by around April of this year.

He said the first customer shipments for its 4K set-tops will probably fall in the first half of next year.

“That includes basic things like having a remote control interface, rather than having to use a US$200 tablet to change channel, as well as better WiFi, as well as bringing in operator services into that model.”

He said that this type of device could be powerful to operators hoping to stem the potential loss of pay TV customers, allowing them to offer a low-cost dongle to customers through which they can continue to sell them services on an  a la carte basis.

“You obviously have to be careful that you don’t cannibalise your customer buying a full subscription, but you can get back customers that have chord-shaved maybe by offering them a better service than they get with the OTT players,” said Cheevers.

Like the 4K set-top, the HDMI stick is slated to launch in 2015, said Cheevers. He claimed that it “is in labs and engineers are working on it” but Arris is still trying to “find the right combination of features and costs.”