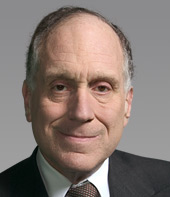 Ronald Lauder, the founder of CME has resigned from the company’s board.

Lauder started CME in 1994 with the launch of TV Nova in the Czech Republic. He has been non-executive chairman of the company for the ensuing twenty years.

His departure from the Time-Warner backed Central and Eastern European broadcast group was made official late last week.

There have been wholesale management changes at CME in the wake of poor financial results. Current management have unveiled plans to cut 1,000 jobs at the company and offload non-core assets to move the company to steadier footing. A refinancing programme is also underway.

Announcing his exit, Lauder said: “I’m honored to have played a part in the development of independent commercial television in Central and Eastern Europe. I could not have accomplished so much without the hard work and dedication of everyone at CME over the last 20 years. And most importantly, the success of our stations would not have been possible without the support of our viewers across the region.”

In a joint statement Michael Del Nin and Christoph Mainusch, co-CEOs of CME added: ” We would like to acknowledge [Lauder’s] foresight and initiative in working closely with so many in a part of the world he holds so close, to make his vision a reality.”

Lauder also recently cut ties with Israeli broadcaster Channel 10, handing it a final US$10 million (€7.2 million) to cover debts before pulling out.