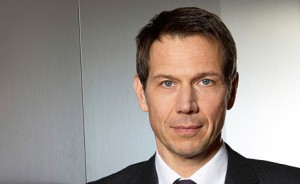 Dutch cable operator Ziggo said that it aims to launch more WiFi hotspots in a bid to offer a seamless experience for customers connecting to the web inside and outside the home.

Speaking at Cable Congress, Ziggo CEO Rene Obermann said that he wanted to build on the firm’s existing WiFi spot offering, which launched last year using the partitioned cable modem WiFi clouds from its subscriber base. The firm currently has an estimated 1 million WiFi Spots.

Speaking about the firm’s mobile aspirations, Obermann said he wanted to offer a single CRM system for both wired and wireless access and more seamless authentication.

“There are many more questions opened and unresolved so there is a lot to do in order to provide true convergence so customers can really feel the seamlessness which they deserve, and that’s something I find it worthwhile working on,” he said.

On the topic of over-the-top video businesses like Netflix, which launched in the Netherlands last year, Obermann described them as both a friend and a competitor.

“Without OTT and the variety of internet services, our broadband access wouldn’t be sold, so we need those use-cases. At the same time of course they’re competing on elements of the value chain,” he said.

Former Deutsche Telekom CEO Obermann was appointed chief exec of Ziggo last year and started in the role on January 1, 2014.