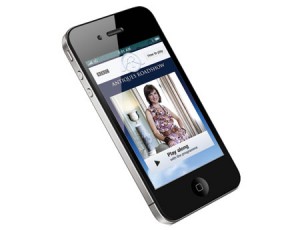 The recent phenomenon of the second screen screen has “not had a large influence of TV,” despite holding significant future potential, according to a new report commissioned by UK broadcast regulator Ofcom.

The study, written by technology research firm Technologia in association with the DTG and i2 Media Research, claims that in the UK alone there are around 40 apps specifically designed for use in connection with TV, along with others, like Twitter, which have been appropriated for use with TV.

While the majority of these can be broken down into the areas of control and access; search and discovery; and contextualised enhancement, the report said that the market was still “immature” with many aspects “still in a state of flux.”

“Despite the hype, the available data do not support the view that the ‘battle for eyeballs’ is yet particularly intense.  If X-Factor has an audience of 11 million and its app has around 550,000 downloads, then 95% of eyeballs are still on the first screen,” according to the report.

Though the second screen space is developing fast, the Ofcom study noted that accessibility and control technologies are still largely proprietary and that there are no synchronisation standards.

“The lack of standards for both control and synchronisation raises entry barriers and therefore could discourage the development of new apps,” it said, but added there is “no sign that the lack of open standards is currently harming innovation.”

“Current regulations enable all content on the first screen – including web addresses and embedded data – to be regarded as ‘content’ and regulated accordingly,” said the study.

Despite this, Ofcom listed a number of positive impacts that could result from the growth of the second-screen space. This included ”improving upon the generally poor usability of first screen EPGs,” greater audience involvement through play-along apps, more social engagement and relevant second screen advertising.

“The role of second screen in programme search and discovery and the related channel change seems certain.  However there is uncertainty in how much second screen will capture viewers’ attention – the ‘battle for eyeballs’,” according to the Ofcom report.