BBC plan to take BBC3 online-only ‘not off the table’ 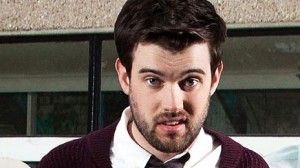 The BBC has failed to rule out plans to shut down the linear version of youth-skewing TV network BBC3, following reports that it could be rolled into the BBC’s online iPlayer service to save cash.

News of the supposed plans come ahead of a press event next week where BBC director general Tony Hall is due unveil “what’s next for BBC iPlayer.”

Speaking at the Oxford Media Convention last month Hall warned that the corporation is in “the final stages of a budget process to find an extra £100 million of savings.”

Responded to claims that the BBC is looking to take BBC3 online only, a spokesperson told DTVE: “Tony Hall set out some of the very real challenges the BBC faces at his speech in Oxford.  He made clear that we will face tough choices about our budgets, and while nothing is off the table, no decisions have been made.”

The BBC is currently “half way through the process” of making £700 million in annual savings as part of its Delivering Quality First initiative, Hall said in Oxford.

“The plan was to keep the BBC more or less the same for 20% less. But when the new executive team and I looked at that, we decided the BBC couldn’t stay the same,” he added, citing the need to continue to innovate on projects like the iPlayer and maintain a TV drama budget to compete with “the best in the world.”

“We decided we’d reached the point where salami-slicing would affect quality and distinctiveness. Rather than seek to preserve a less good version of our past, we decided to focus on what we do best: from drama to taking iPlayer into the next generation. And we agreed we needed to find the money to do that,” said Hall.