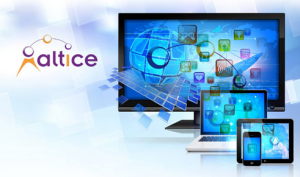 Vivendi has confirmed that it has been approached by Numericable majority owner Patrick Drahi’s investment vehicle Altice “regarding a potential alliance” between its telecom subsidiary SFR and cable operator Numericable, in which Drahi holds a controlling interest.

However, Vivendi said it “has not received any formal offer” and that its supervisory board “will announce a decision, if necessary, as and when appropriate”.

The clarification comes after French financial daily Les Echos reported that the media and telecoms group had struck an agreement in principle to sell a majority stake in SFR to Numericable and would likely pull its plan to float the operator on the stock exchange.

According to the paper, Vivendi’s supervisory council has give a green light to SFR CEO Jean-Yves Charlier to begin detailed negotiations with Numericable based on this agreement.

According to Les Echos, Vivendi chairman Jean-René Fourtou and Drahi met last week, kicking off the latest round of talks. Under the deal under discussion, Altice would hold a 50% stake in a new combined entity, with Vivendi holding 32%.

The paper said the deal is likely to value SFR at about €15 billion. This includes about €8 billion in debt, about four times gross operating profit. Potential synergies from a deal are estimated at around €6 billion, in particular thanks to the possibility of SFR using Numericable’s network rather than leasing capacity from Orange, as it currently does. In addition the pair could pool their resources in investing in fibre, as well as making savings in maintenance and interconnection costs.