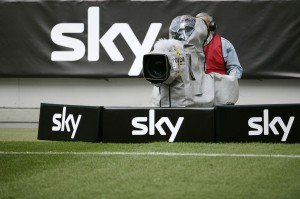 BSkyB has suffered a reversal in its legal battle over the terms under which it must make premium sports content available to rival operators.

The UK Court of Appeal has said that the Competition Appeals Tribunal (CAT) must re-examine a 2012 ruling that removed an obligation on the pay TV operator to sell its premium sports channels to rivals at a discount.

Media regulator Ofcom imposed a ‘Wholesale Must Offer’ obligation on Sky in relation to Sky Sports 1 and Sky Sports 2 in 2010. Sky subsequently secured a reversal of that decision on appeal to the CAT.

The CAT said at the time that Ofcom’s concerns that the way Sky sold its channels had a detrimental effect on competition were unfounded.

The CAT decision was challenged by BT, and the Court of Appeal has now ruled that the tribunal failed to properly investigate Sky’s discounting practices in relation to its ratecard. Lord Justic Aikens said that the CAT’s reasons for not looking into this were “inadequate”.

Ofcom said it welcomed the decision.

“Ensuring fair and effective competition in the pay TV market has always been Ofcom’s objective. Ofcom’s 2010 decision that Sky must offer premium sports channels to other providers was designed to deliver choice and innovation to consumers through greater competition,” the regulator said.

Sky said that the Court of Appeal judgement did “not alter in any way the CAT’s fundamental findings, overturning Ofcom, that Sky engaged constructively with other distributors over the supply of its premium sports channels, and that Virgin Media is able to compete effectively with Sky on the basis of Sky’s rate card prices”.

The pay TV broadcaster said it maintained that Ofcom’s original ruling was “flawed and that the WMO obligation ought properly to be removed” and that it would “continue to pursue all available options to achieve this aim”.