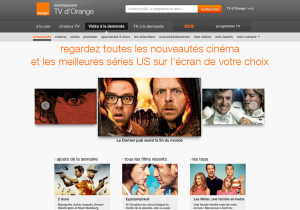 Orange France is expanding its video-on-demand service and launching a ‘buy to keep’ and download-to-own option.

Orange customers can now purchase films direct from their TV screens, allowing them to stream them repeatedly on TV, PC or Mac, with an option to download a digital copy to keep.

The operator has signed deals with over 10 partners including Disney, Warner, HBO, Gaumont and France Télévisions Distribution for the new service.

According to Orange, it plans to sign up all its existing video-on-demand partners for the service.

Titles to be offered include Disney and Pixar titles such as Cars and Pinocchio. New titles including Monsters University, Pacific Rim and Blue Jasmine will be available from four months after their theatrical release. The service will also offer classic French titles from Les Tontons Flingueurs to Le Grand Bleu.

Orange said it planned to extend its overall VoD offering in the coming months by signing up new partners to enrich its existing catalogue and offer a wider choice of films and series, including offering content to tablets and mobile devices.

The operator said it would build a ‘Vidéoclub’-type service where customers could find and collect programmes and films from the extended catalogue.